on love, fight, grief and masculinity

May 3, 2016
The Female Lifestyle Empowerment Brand, The Meaning of Life I was going to write a massive missive on femininity today, because I’m worried that The Female Lifestyle Empowerment Brand is not just a marketing narrative, it’s also an ideology about how to be a woman (that’s why the narrative works!).

And, as an ideology framing our lives, it’s not substantially different than any previous cultural imperatives about how to be pretty and appropriate except that it contains,whole and complete, all the previous iterations – the feminine mystique, the beauty myth plus a new demand for financial and career success – AND it’s adherence to mainstream patriarchal norms is positioned as new and rebellious and empowered.

The 21st century woman! Thin and pretty and white and rich!

Tell me how that’s anything different or less restrictive than anything that’s come before.

I was going to go through it step-by-step so we can see it for what it is. An ideology. Coming from all directions, not just online. One that’s trying to body-snatch us and speak with our tongues and our lives.

But I went to my godfather’s memorial yesterday and I am demolished.

I need to figure out how we get through devastations like this.

So instead of writing about femininity, I want to talk about fight and being a fighter. Tomato, tahmahto.

I think our culture gets ‘fight’ all wrong. Or maybe it’s just me. When I think about fighting to get through something, I think about it like Fight Club. You show up in a ring or a basement and you take to your fists. You take a beating and you fight back. It’s short, it’s predefined, you know what to expect, and it’s a physical flurry. It’s dramatic, it’s bloody, it’s over quickly.

Fight, in my life, isn’t like that at all.

It’s not public and quick and physical. It’s never-ending and mental, emotional, psychic.

Fight isn’t brief. It’s endurance. It’s hanging in there. It’s keeping on, keeping on. It’s tucking your kids in even though you want to cry. It’s doing it while you cry.

It’s showing up for chemo, again and again.

It’s showing up for your spouse who betrayed you and being strong enough to rage and forgive.

It’s being the person who betrayed a loved one – or anyone – and showing up to make amends. (I find this more of a challenge than forgiving.)

It’s showing up for the interview for the job of your dreams even though you’re terrified.

It’s showing up for a job that’s a nightmare or just a slow burning grind because that’s what you’ve got to do right now to survive.

It’s having a hard conversation that you’re pretty sure is going to change things but you don’t want things to change.

Fight is resilience, not a boxing ring.

Fight is quiet and often unnoticed. There’s usually next to no audience for your struggle.

Fight is daily. It’s not a flurry, it’s not dramatic. (Except when it is.)

That’s one of the reasons I bring up fight. Because, like I said a second ago, I think our culture gets fight wrong. When we talk about fight, we talk about battles. You fight that thing and then it’s over and you’re done fighting.

But I’m never done fighting. And my life is easy. Privileged. It’s still so deeply, unrelentingly hard. I have to fight hard every day, every year – and, like the famous privilege+video game analogy, my life is set to the easy level. It’s infinitely harder for people who don’t wear multiple forms of privilege on their bodies like suits of armour.

This is why we, as society, have so much work to do. We need to keep fighting, together, so people don’t have to fight, alone.

The other reason I talk about fight is because that’s what my Uncle Dave’s son said about him, yesterday: he had more fight in him than anyone.

And his fight didn’t land on other people. It wasn’t aggression. It was never harmful. He just never gave up.

Seven years ago he was diagnosed with Hodgkins Lymphoma. It was grueling. I’m not going to go into it.

But miraculously, luckily, he survived (it was a stroke, out of nowhere, that ended his life last week). After cancer, he gained seven beautiful years. Seven more years with his children and grandchildren. Seven retired years. Seven years of extravagant travelling with his wife.

I’m not going to say they had those years because he fought and won because I despise that narrative. It makes it seem like people who die didn’t fight hard enough and that’s a lie. It stigmatizes our dead and it stigmatizes our living peeps with diseases who then have to put up their fists and put on a brave face and smile.

You don’t have to put on a brave face and smile for me.

That’s not the kind of fight we should demand of anyone.

Fight is showing up and keeping on even though you don’t know how it’s going to turn out.

Fight is action – and endurance – in the face of uncertainty.

Fight isn’t putting on a show of strength so people don’t worry.

Fight is letting people into the worry.

Fight is being willing to worry.

That’s the other thing my Uncle Dave’s son said about him: “He taught me how to love.”

Everyone was talking about his common sense, his work ethic, his lifetime of effort to provide for his family – all the usual masculine tropes, and he did that, he fought hard for forty years to do that; I’m not diminishing that – but his son said his greatest contribution, his legacy, was love.

I’m crying so hard as I write this.

But I want us to know that, remark on that.

Our worth is not our productivity or our finances.
All of these are important. We do those things to make our family’s lives better, easier.
My Uncle Dave did that.
I’m doing that.
But a man’s worth is not his work ethic.

We construct a masculinity in our culture – just like we construct a femininity – that says men are what they do, not how they feel.
Not who they are.
What they do.
Or don’t do. Like express their emotions. Be vulnerable. Be present. Love.

But that’s the thing my Uncle Dave lavished on his sons. It’s what he taught his sons.
And they know how to do that, because he showed them.
He gave them his attention and time. Love is attention. Love is time.
His sons will love their children, too. They do.
They are present. They love.
Every day.

Every day. All of us.

It’s how we’re gonna get through and celebrate this electric thing called life. 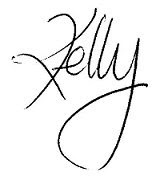